TFNetworkSpring22 on Digital Transformation was yet another virtual conference streamed from the Adastral Park Hybrid Studio. This time we teamed up with DIGIT Lab, a UKRI Next Stage Digital Economy Research Centre, and we had fantastic speakers lined up.

Day 1 was all about ‘Research Challenges and Opportunities’ in Digital Transformation and the speakers explored why research in the digital world is fundamentally different and what that means for the future of research. The session closed with a call for action, offering insights especially for early career researchers into their future challenges and opportunities and opening ways for joining the Digital Transformation community.

Day 2 focused on ‘Delivering Impact in Digital Transformation’. With incredible activities around digital transformation happening all over the world, the speakers tackled the questions: What are the big impact opportunities where we can really make a difference? What are the barriers for big companies to make progress? Where does Digit Lab come in? And again this session ended with an offer of opportunities especially for practitioners who deal with large amounts of data to join the Digital Transformation community.

Posted by Tommy Flowers Network No comments:
Email ThisBlogThis!Share to TwitterShare to FacebookShare to Pinterest

Regius Professor Rahim Tafazolli, University of Surrey on ' The role of 5G+ on future digital transformation strategies of large organisations' 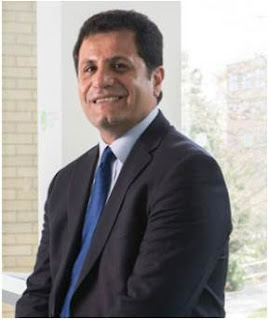 Date: 4th May 2022
Time:
12:15 12:30
Rahim Tafazolli is Regius Professor of Electronic Engineering, a Professor of Mobile and Satellite Communications, the Director of Institute of Communication Systems (ICS) and Director and founder of 5G Innovation Centre (5GIC) and 6GIC at the University of Surrey. He has been active in research for over 30 years and published more than 1000 technical articles and editor of two books and Chief editor of Wiley’s 5G Ref. book, Regius Tafazolli has been a technical and strategic advisor to many mobile companies and recently served as a member of UK Government DCMS Task Force on “Diversification of Telecom equipment providers ecosystem”. He is a Fellow of Royal Academy of Engineering (FREng), Fellow of IET (FIET) and Fellow of WWRF (Wireless World Research Forum).
LinkedIn
The role of 5G+ on future digital transformation strategies of large organisations
Posted by Tommy Flowers Network No comments:
Email ThisBlogThis!Share to TwitterShare to FacebookShare to Pinterest 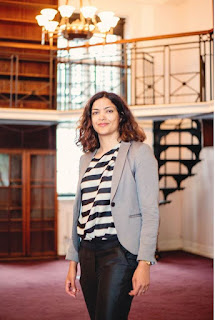 Date: 4th May 2022
Time:
12:15 12:30
Saeema Ahmed-Kristensen, Prof Engineering Design and Innovation and Co-director INDEX Initiative of Digital Economy and Deputy Director of DIGITLab, bringing experience from Royal College of Art (Head of Design Products) and Imperial College London, Cambridge Engineering and Denmark. Saeema’s research focuses upon improvements of both products (including product service systems) and processes (creative, product development and innovation) through developing a scientific understanding of the processes, contributing to Design cognition, knowledge and data structuring, Data driven design, Quantifying User experiences. She has worked with diverse industries; aerospace (Rolls-Royce, BAE Systems); oil (AK MH); consumer (GN Netcom); medical (Novo Nordisk), and across psychology, computing and design. She works closely with a range of industries; complex product, aerospace (Rolls-Royce, BAE Systems); oil (AK MH); consumer (GN Netcom); medical (Novo Nordisk), and adopts a multidisciplinary approach including psychology, computing and design, for example leading to approaches to auto-index aerospace reports, through an ontology based on design cognition and Natural Language Processing. Her research was one of the first to use a human centred approach to structuring and automating indexing of knowledge, and; to develop approaches to quantify user experiences, leading to a data driven-approach to assess comfort in headsets (now embedded within GN Netcom Product development processes and leading to awards for comfort).
Posted by Tommy Flowers Network No comments:
Email ThisBlogThis!Share to TwitterShare to FacebookShare to Pinterest

Esra Kasapoglu, UKRI on "Why is research in the digital world so different – the UKRI view" 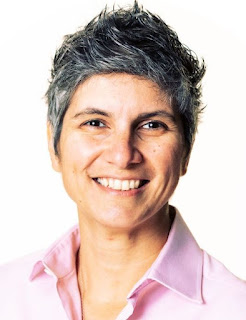 Date: 4th May 2022
Time:
10:05 - 10:15
11:30 - 12:15 Panel discussion "Research Challenges and Opportunities"
Esra Kasapoglu is Director of AI and Data Economy. Esra brings deep experience as an industrial leader, particularly focused on business transformation and innovation. She has a keen interest in the application of emerging technologies and hands on experience of digital transformation, most recently as Digital Strategy Advisor of Microsoft.

Her career, with grassroots in management consulting and technology, ranges from customer relationship management, developing new ways of working and business development to senior leadership. Esra has cross industry expertise and has worked across financial services, telecommunications, and transport and logistics industries for Big Four and multinationals across the globe.
LinkedIn
Why is research in the digital world so different - The UKRI view
Posted by Tommy Flowers Network No comments:
Email ThisBlogThis!Share to TwitterShare to FacebookShare to Pinterest 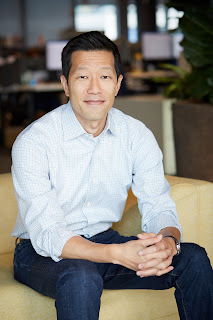 Date: 5th May 2022
Time: 10:00 - 10:15
Kevin Lee, Chief Digital Officer, Consumer at BT, is responsible for the overall vision and strategy for all digital products and services across BT’s consumer brands, spanning BT, EE and Plusnet. In this role, Kevin oversees a team of product, digital strategy, design, research, and engineering creators to drive innovation and deliver great products to extend BT’s market leadership and surprise and delight millions of customers.
Kevin has a long track record of digital leadership, including roles at eBay, PayPal, Visa, Samsung, Whirlpool and GE Healthcare, in the UK, US, Italy, Korea and beyond. He’s passionate about tackling challenging business and customer problems, working with brilliant growth mindset teams, and driving impact for the customers whose lives are touched by the products and services he and his teams deliver.
LinkedIn
Understanding BT's digital transformation

Kevin Lee shares insights into the strategy, thinking, progress and programmes that make up the transformation BT’s Digital team is driving to accelerate the company on its journey from telecoms incumbent to technology leader. Spanning everything from a customer-obsessed approach to user experience to how data and AI and other platforms will help BT shift from purely being a seller of ‘stuff’ to a key connector between producers and consumers, Kevin shares a valuable glimpse behind the scenes at BT as it undergoes a period of incredible and accelerated change.
Posted by Tommy Flowers Network No comments:
Email ThisBlogThis!Share to TwitterShare to FacebookShare to Pinterest 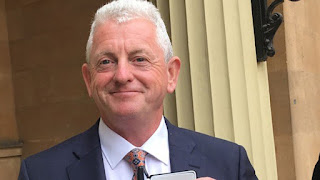 Gerard Parr holds the Full Chair in Telecommunications Engineering and is Head of School of Computing Sciences at the University of East Anglia (UEA). He holds a PhD in Self-Stabilising Protocols from Ulster University, aspects of which were completed with UCL and one of the founding Fathers of the Internet (Professor Jon Postel) as a Visiting Research Scientist at the DARPA/University of Southern California Information Sciences Institute in Marina Del Rey, Los Angeles.
Within his academic career, areas of research include Wireless Sensor Clouds, Disaster Response Communications, ICT for the Rural Economy, delay-sensitive protocols and energy-aware autonomic networking and IoT-edge computing.
He has attracted several £millions of external research and commercial funding and has advised governments on the allocation of funding to large-scale projects valued in total at approximately £3 billion. He was previously appointed as a Visiting Professor to the Science Foundation Ireland/CTVR at Trinity College Dublin and to the Emirates-BT Innovation Centre (EBTIC) at Khalifa University in Abu Dhabi- UAE.
Presently Professor Parr is working on the development of the East of England Smart Emerging Technologies Institute- SETI (one of the recommendations from the UK BEIS Science Innovation Audit) with colleagues from Essex, Cambridge, UEA and BT Adastral. SETI will look at innovations in 5G, IoT, AI-Big Data/Cloud Computing and Testbeds across a number of sectors, including Energy, Intelligent Manufacturing, AgriTech and Smart-Supply Chains.
Gerard was awarded an MBE in Queens New Year Honours for 2018 for contributions to Telecommunications Infrastructure in Northern Ireland. During January 2020 Prof Parr was elected to the Strategic Advisory Team for the (EPSRC) ICT Programme to assist with strategic developments and identification of funding priorities. Most recently Gerard has been successful in attracting Co-I funding for a 5-year EPSRC Next Stage Digital Economy Hub called DIGIT (Digital-Innovation-Growth-Impact-Transformation) valued over £12 million which will explore methodologies and business impact of Digital Transformation in Large Organisations. During 2021 Gerard was also successful as PI to attract £1.4 million funding for the “EPSRC UK-India Future Networks Initiative” with IISc Bangalore, IIT Delhi, UCL, Surrey, Southampton and BT.
LinkedIn
Setting the Scene and Vision for the EPSRC DIGIT Lab Project
Posted by Tommy Flowers Network No comments:
Email ThisBlogThis!Share to TwitterShare to FacebookShare to Pinterest

Dr Sally Howes OBE, Chair of Council, UEA, on "The Importance of Digital Transformation in Government" 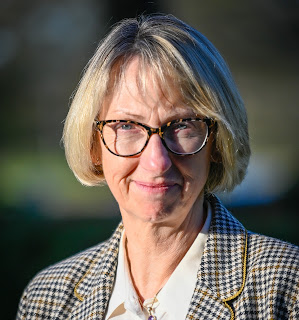 
Dr Howes has a PhD in hydrology, an early career in international satellite programmes and has worked in aerospace, digital, cyber, government and higher education sectors, most often at the boundaries between technology, research and commercial business.

She has performed a diverse range of roles including software engineer, programme manager, entrepreneur, strategy consultant, chief executive, member of the Senior Civil Service, business mentor and visiting professor. All of this experience is now applied to support those leading major programmes in the public sector, helping them to address complex digital transformation and governance challenges.

She was awarded an OBE for services to the UK space industry in 2004 and an Honorary Fellowship for the Institute for Project Management in 2019.
LinkedIn
The Importance of Digital Transformation in Government
Posted by Tommy Flowers Network No comments:
Email ThisBlogThis!Share to TwitterShare to FacebookShare to Pinterest
Older Posts Home
Subscribe to: Posts (Atom)

We hope to see you again